Impact of Russia-Ukraine War on the Indian economy

Home Blog Impact of Russia-Ukraine War on the Indian economy 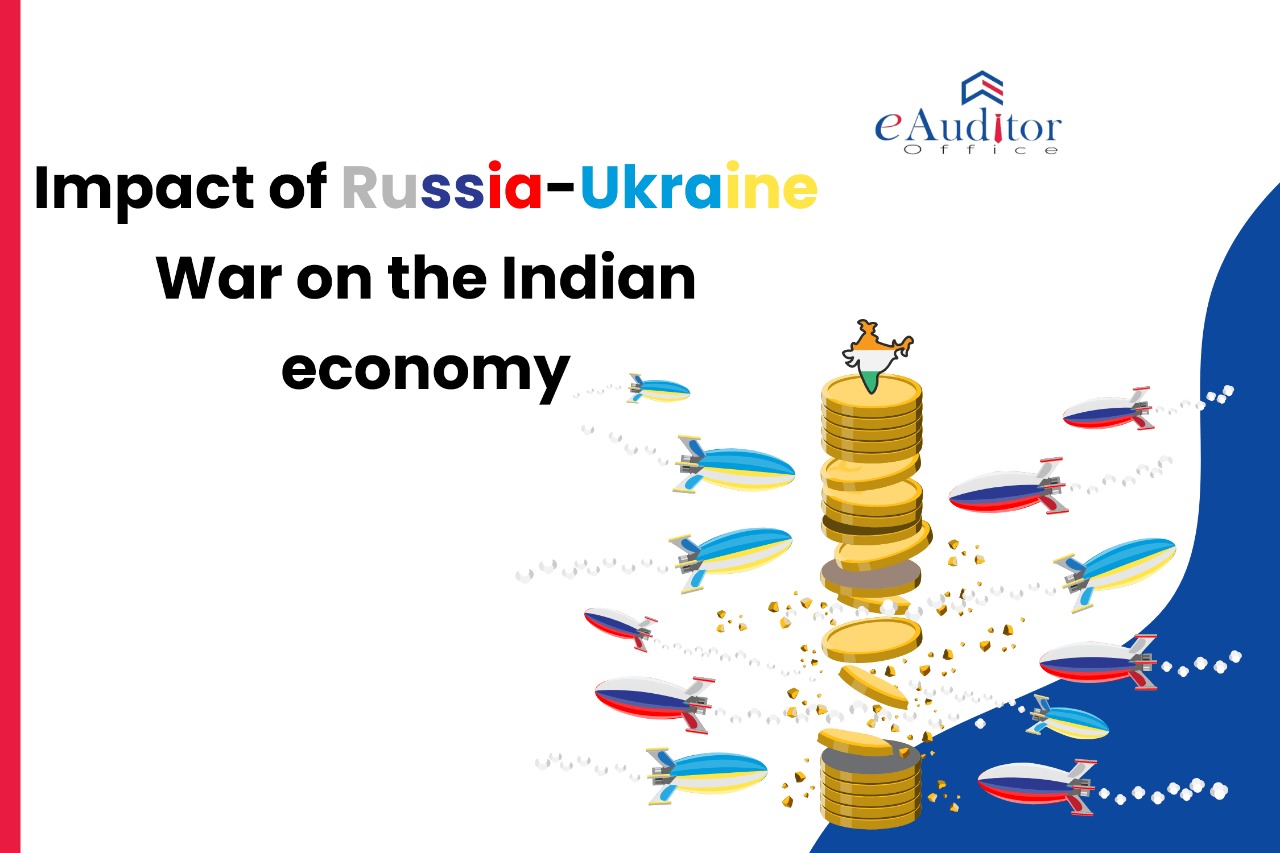 Impact of Russia-Ukraine War on the Indian economy

The Russia-Ukraine war has been ongoing for the past 8 years. And to its escalation, Russia invaded Ukraine in February 2022 resulting in global havoc. Recent geopolitical tensions between Ukraine and Russia sent oil prices tumbling, raising concerns about the impact on India's economic recovery.

How did the Russia-Ukraine crisis affect India’s economy?

The Russia-Ukraine crisis has increased uncertainties in global trade, which has affected oil and other commodities consequently. The implications of countries being unwilling to buy from Russia has already had a significant impact on oil prices and thus also impacting India's economy.

India imports significant quantities of valuable and semi-precious stones, heavy metals, boilers, nuclear reactors, and fertilizers from Russia, all trade which could suffer greatly, with cascading consequences. India also imports significant amounts of coal from Russia (almost $1 billion per annum), and it is necessary to look at the implications there too, especially as  the prices of coal had already shot up, even before the war.

India imports $205 bn of oil & minerals, $832 mn of precious stones, and $609 mn of fertilizers from Russia, and therefore an increase in prices for those commodities could cause considerable inflation in India.

Impact on Agriculture and food supplies

However, Indian trade is just 1 percent of oil imports from Russia, but a ripple effect may occur as higher inflation and slower growth. The Russian-Ukrainian war has also led to disruptions in India's food oil markets, with the country importing over 90% of its sunflower oil from Russia and Ukraine combined. While the Russian-Ukraine war has affected the grain supply chain, it has opened an opportunity for India to export to countries that traditionally were not Indian grain importers.

For example, Russia and Ukraine are among the top producers of wheat in the market, but because of war, the wheat supply is getting interrupted, hence, this gap is being filled already by India through increased exports of wheat. India has placed an embargo on all Indian wheat exports because of rising domestic pressure, after originally agreeing to bridge the gap in the international wheat market created due to the war between Ukraine and Russia. Sanctions against Russia, one of the largest producers of wheat and sunflower oil, have also led to wheat and edible oil prices rising in India.

Food inflation will continue to be an issue because there is no indication that the Russian-Ukrainian conflict and resulting supply shocks have been resolved.

Russia is one of the largest exporters of crude oil worldwide, and the Russian incursion into Ukraine has seen Brent crude prices soar as high as $130 a barrel, now trading at over $100 a barrel. Moreover, Russia is also the third-largest crude oil producer worldwide, and sanctions against the Russian state have sent a major headwind to the world's oil markets. The sanctions now are set to lead to wider pressures on prices.

Despite food inflation, the rural economy might grow as a result of the ban on agricultural exports from Ukraine and Russia amid the war and there’s a hike in demand for major crops that’ll revive the rural economy. Also, the countries which relied on wheat imports from Russia or Ukraine have now approached India for wheat supply.

The conflict between Russia and Ukraine would not only disrupt global agricultural supply chains and trade but also worsen the current economic disruption caused as a result of the pandemic, including the surge in inflation. India must take adequate steps to reduce the impact of the conflict in Ukraine on its agricultural sector, including by seeking additional import options and tapping into export markets.